¨How awesome was the Saturday night Twilight Session with Yoyo Tuki, The venue was packed and pumping with this wonderful island sound¨.
O´Heart Festival 2018 - Tyalgum, Australia.

"Yoyo Tuki, the voice of the island Rapa Nui"
"His songs reclaim Rapa Nui culture, communion with nature and the respect for the ancestors of the place. An artist that is different, committed with the idea of promoting the culture of his ancestral people. The Rapanui voice, the voice, with music and lyrics from the most isolated island of the world"
La Contradejaen - Spain

"Yoyo Tuki is a talented musician and visionary artist from Rapa Nui, mixing tradition and musical styles ( jazz , fusion, pop, folk ... ). Through his songs he carries the message of union of the Polynesians, pride of their origins
and the conservation of these,in an ocean as vast as Europe."
My-Tahiti - The social Polynesian network, Tahiti

"Yoyo Tuki has been performing music since he was 17, and mostly in his Rapa Nui language.
In fact, maintaining Rapa Nui culture and promoting and preserving
the traditional language is at the heart of his creative
process musically."
Pacific Break, ABC Radio Australia

Yoyo's first full length live album is out now. Recorded live in concert at a memorable time in Yoyo's career, when he returned to Rapa Nui after 4 long years living overseas. He had released the album Hoko Manu in 2011 and within a week he left the island. Over the 4 years of abscence, the album exploded in Rapa Nui and internationally, Yoyo returned in 2015 to hear the island singing all his songs, knowing the lyrics and find a big following in Rapa Nui and around the world. Yoyo played since then packed concerts at home and soon after embarked into conquering further horizons. Listen, stream and download the full album directly from your favourite music platform or on Yoyo's website store: https://yoyotuki.com/music. The album was recorded at the first concert he gave on the summer of 2015, after 4 years living abroad. 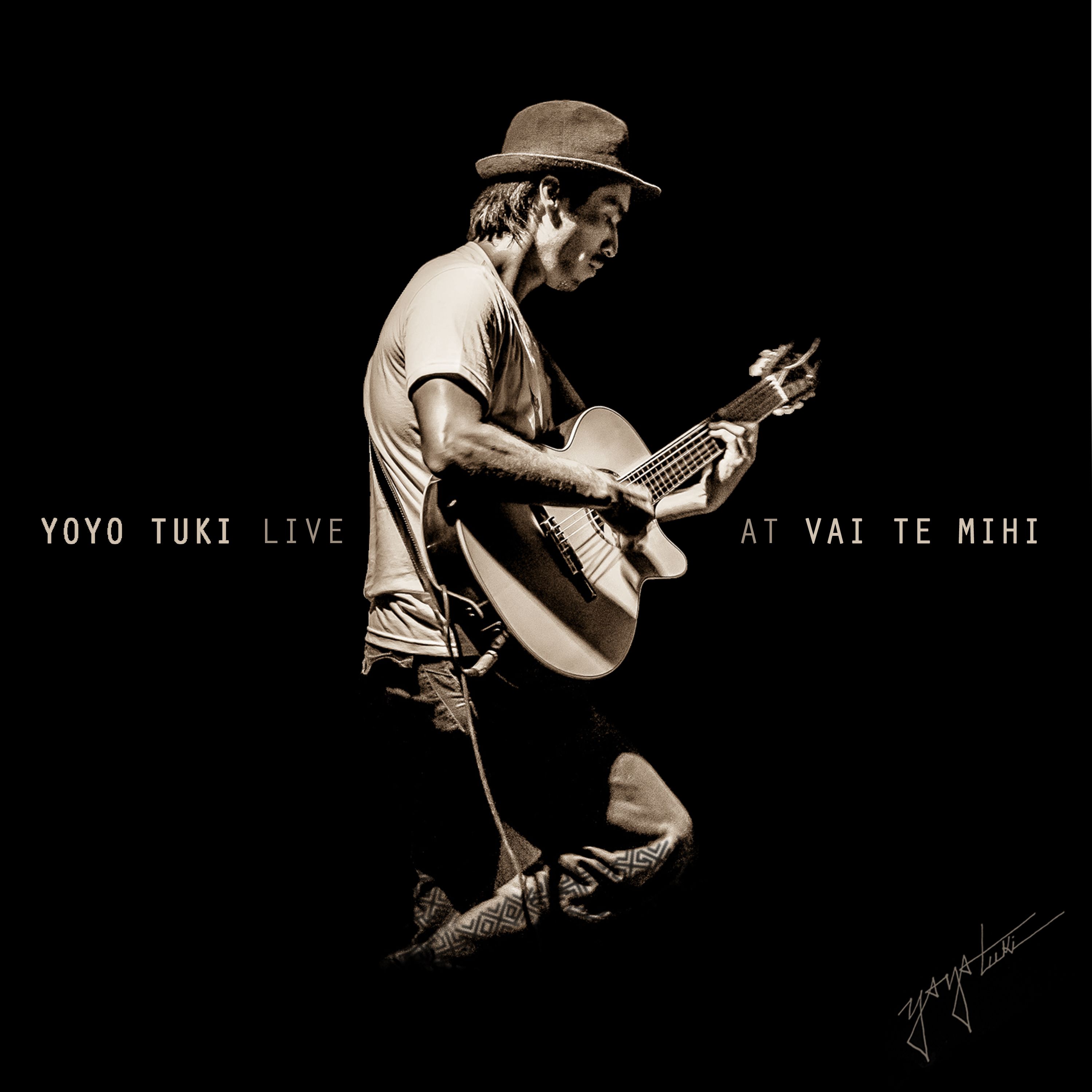 Yoyo will be performing at Redlands Live & Local 2021 in Cleveland, QLD, Australia on the 23 / 10 / 21. Sharing his music, culture and rich stories with the audiences alongside some of the best acts in the area. For more information, please head to Yoyo's Facebook page. Aroha Nui! 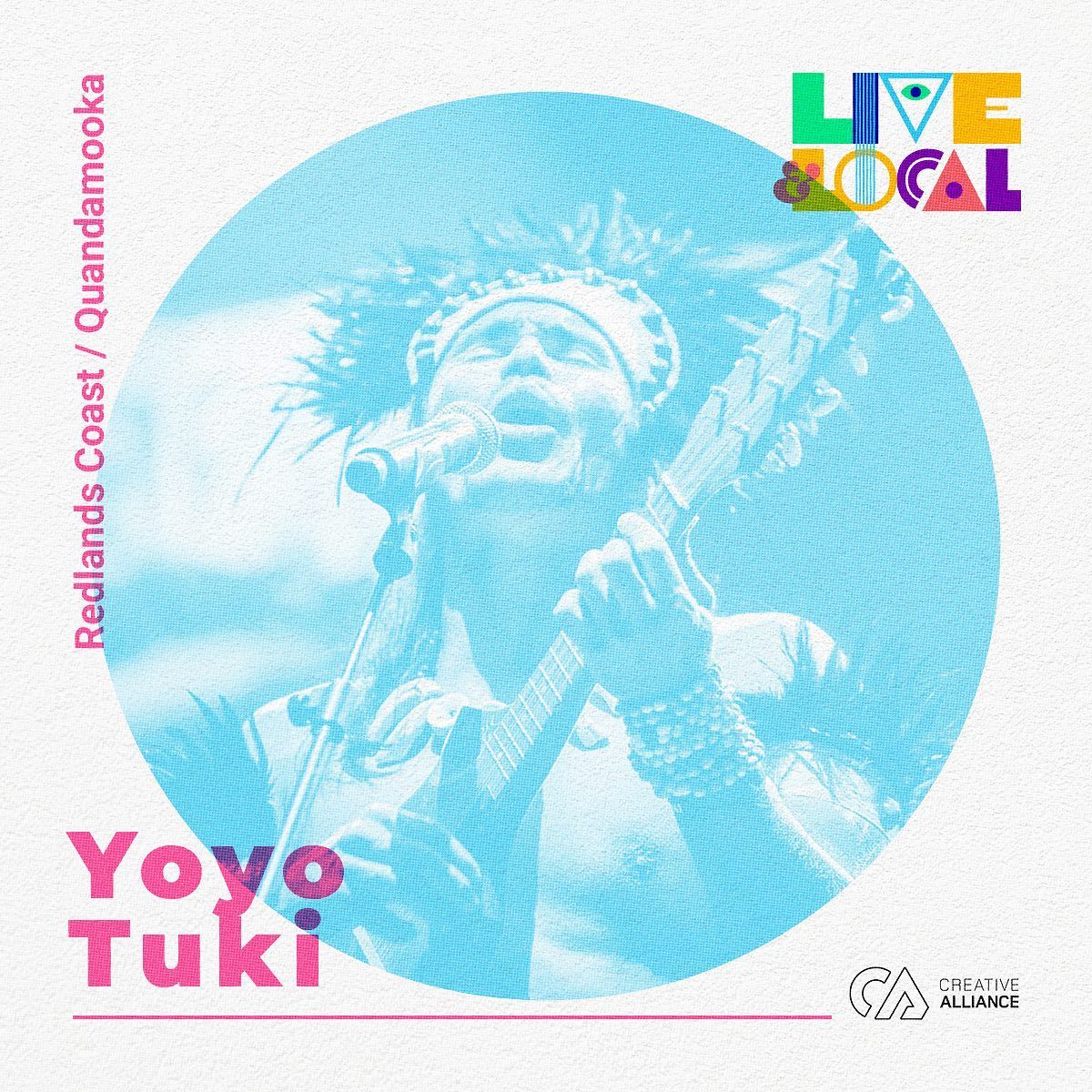 Yoyo had the absolute honour to be one of the Austronesian Cultural Custodians to be part of the new art exhibition of highly respected and renown indigenous Taiwanese painter of the Amis tribe Yosifu. Entitled 'Embrace', Yoyo has 3 painted portrays by Yosifu himself that will be part of this awaited exhibition, with one of them chosen as the official image to be presented in all promotional material and media. Below you can see the image of Yoyo in the massive billboard for the first exhibition in Luodong Cultural Working House on the 23 / 10 /21. If you would like to know more about Yosifu and his art, please head to his website: https://www.yosifuart.com/ 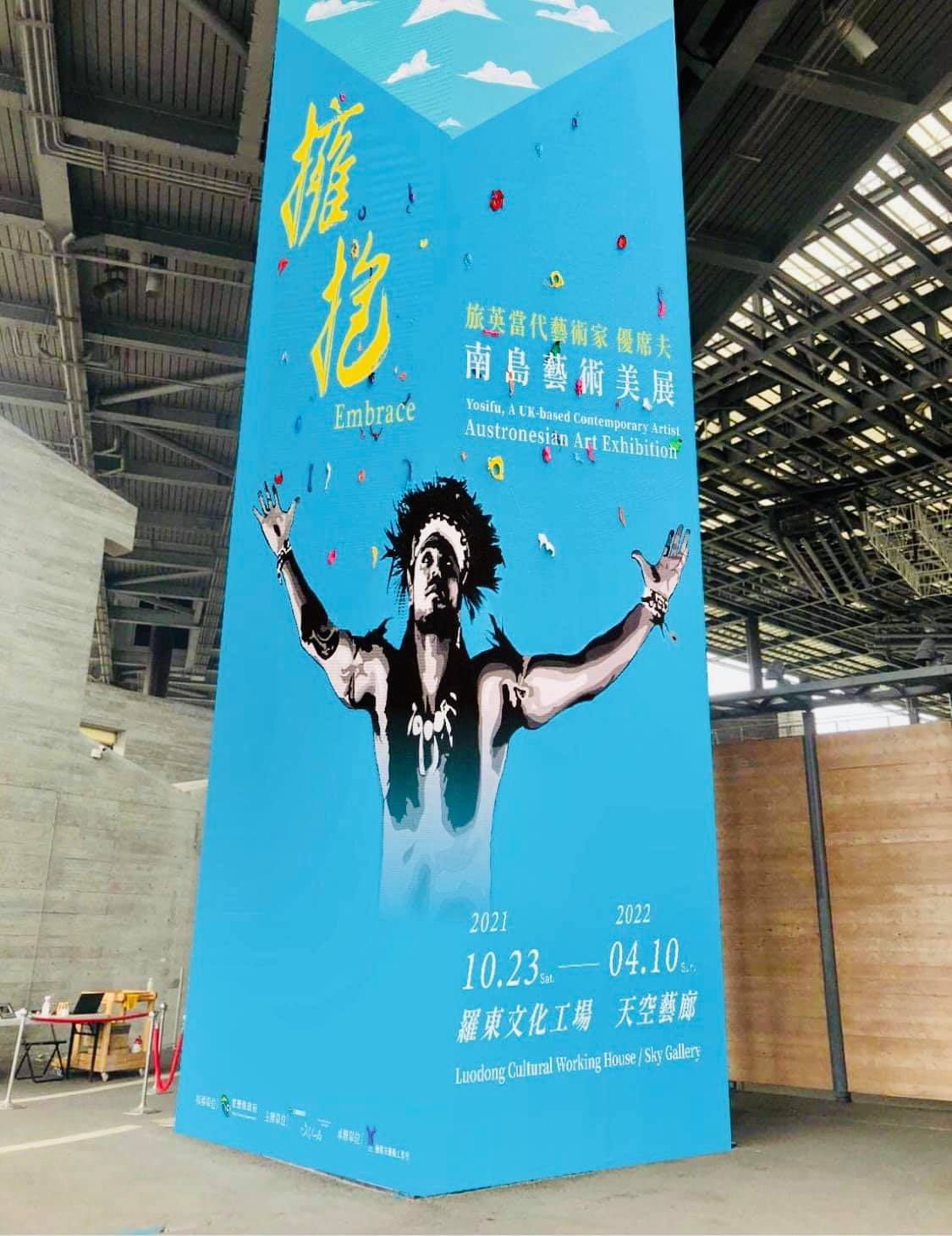 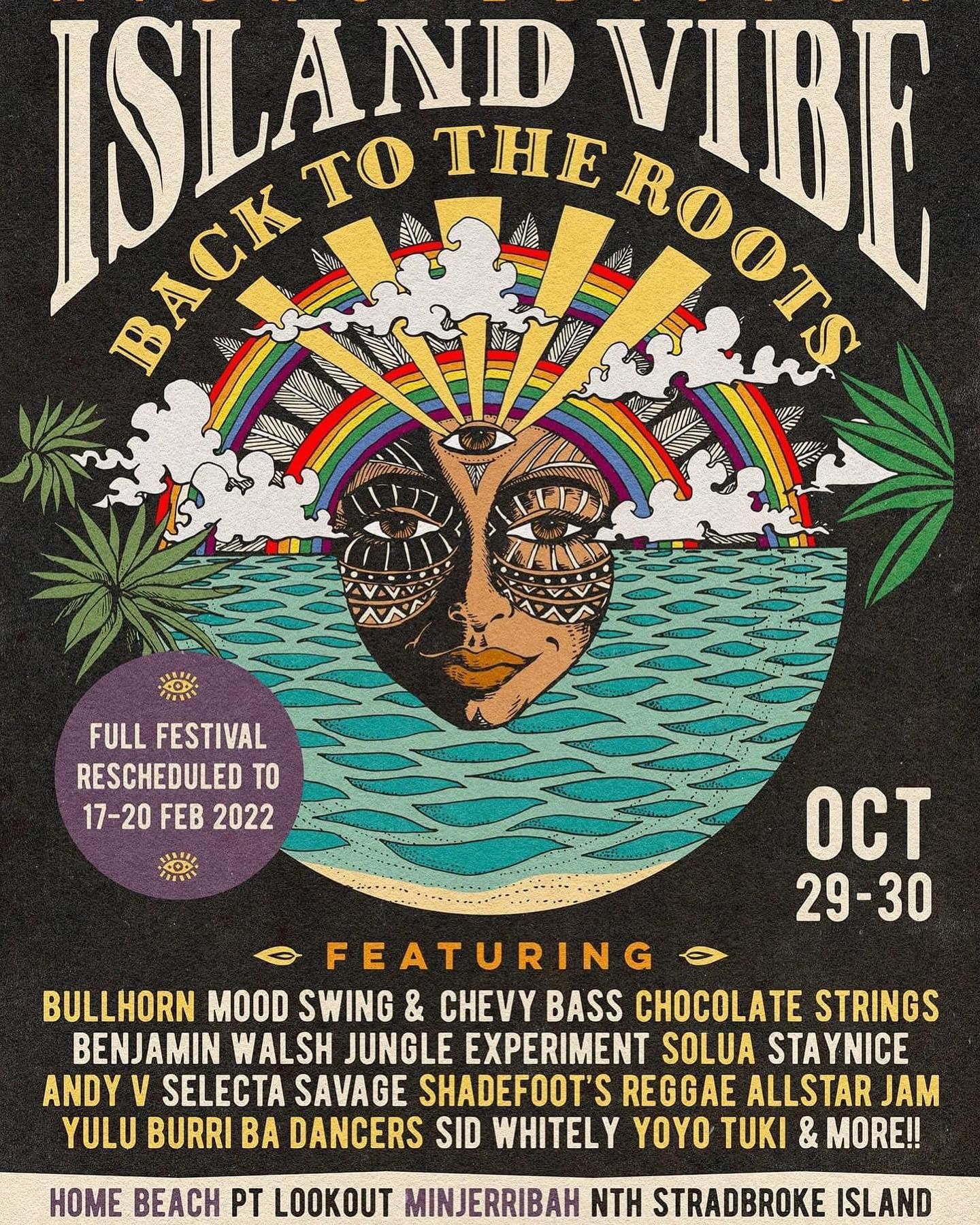 Yoyo will be performing at BRISFEST 2021, the biggest festival in the city of Brisbane QLD, Australia. Joined by his band and traditional dancers, Yoyo will be sharing the music, culture & stories of Rapa Nui with the Brisbane audience. For the full details, please head to Yoyo's Facebook page. Aroha Nui! 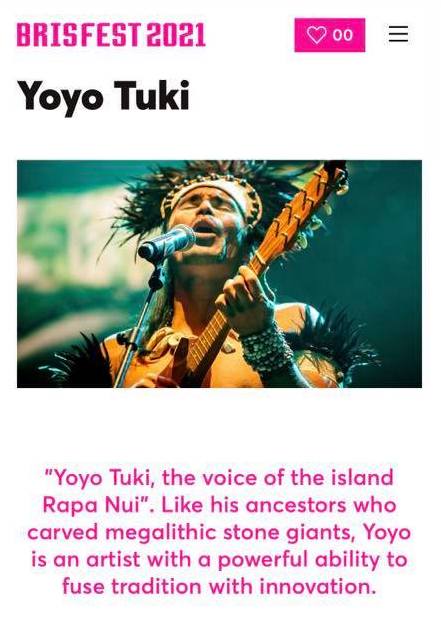 Yoyo Tuki - Streets of Our Town

Thank you Nance Haxton from Streets of Our Town, Australia for issuing this online article and interview about Yoyo's work, career and cultural background. Click here to read the full interview. 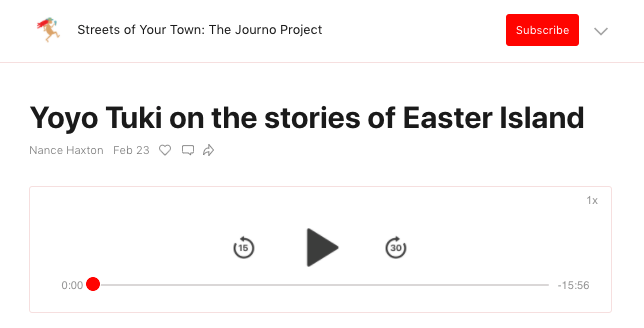 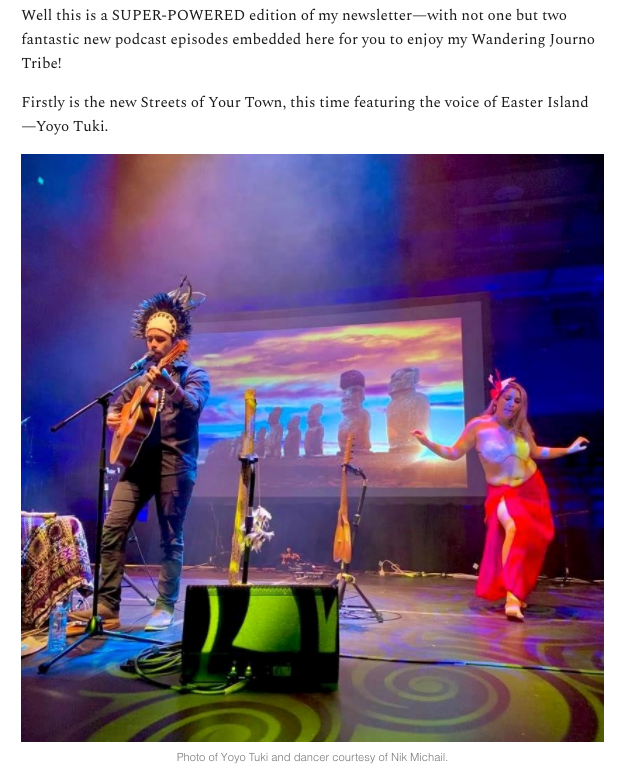 Cultura Do Resto Do Mundo - Brazil

Brazilian digital magazine 'Cultura Do Resto Do Mundo' publishes the article: 'Gigantes de piedra’ (‘stone giants’), in which they make a special mention about Yoyo’s music career and life: ‘One of the Rapa Nui speakers that deserves to be highlighted is Yoyo Tuki, born and raised on Easter Island. Yoyo Tuki is a musician and cultural ambassador for Rapa Nui. Member of a family of great cultural relevance, he was influenced by his grandfather "Mana Roa", one of the great sculptors of the island. With tours and festivals in Australia, Polynesia, South America, the United States and Europe, the musician is one of the most important artists in the Rapa Nui scene’.Click here to read the full article.

Yoyo had the pleasure to contribute to BBC Radio’s podcast ‘The last songs of Gaia’. How are the world’s musicians, sound artists and poets responding to climate change, wildlife crises and the frightening number of species disappearing around the world today? Click here to read the full interview. 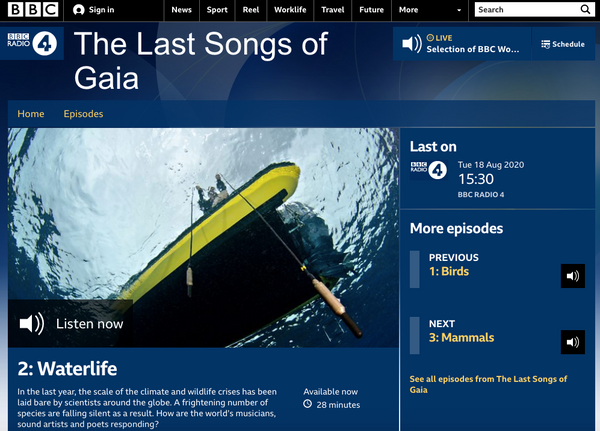 On March 27th, Yoyo performed an intimate and exclusive open air concert for the crew of National Geographic's cruise ship THE ORION. Joined by local Rapa Nui musicians and traditional dancers, they performed at the breath taking beach of Anakena. Known for being a place of deep historical and spiritual importance to its people as is where the king Hotu Matu'a landed with the first Rapa Nui settlement. The audience was delighted with an amazing music performance from one of the island's most recognized international artists and a display of the traditional dance and costumes. 'Kia Hio' - 'Stay Strong'! 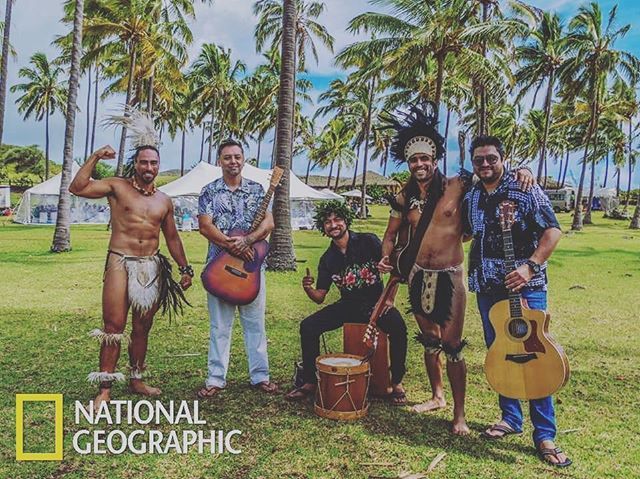